Notable Knights is a profile that

and his/her achievements since graduation

Do you know of an alumni whose education, work, achievements, etc. ought to be recognized? 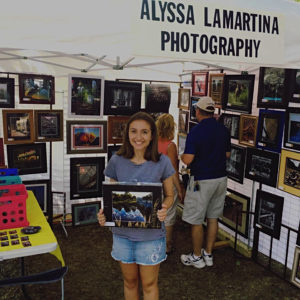 Alyssa is currently a freshman at Villa Maria College, majoring in photography. Since a young age, photography has been something that has interested Alyssa and allowed her “to convey my emotions and perspectives of the world.”   Alyssa credits SSPP as being supportive of her passions, and allowed her to express herself through her art. Alyssa says, “not only did they encourage me to grow as a student, they also helped me develop into a well-rounded young adult. SSPP allowed my creativity to soar and inspired me to continue my work throughout thecourse of my life.” Alyssa’s passion for photography never dwindled. It was something she knew she was talented at and something she could not envision her life without. Upon graduating from SSPP, Alyssa attended St. Mary’s High School. Throughout the next four years, she learned more about the art of photography, engaged in photography classes, and developed her craft. It was during this time, that she began showcasing her work in festivals and shows, and was eager to hear the opinion of the public. Alyssa has this is say about SSPP, “I have nothing but fond memories when I think back on my time spent at SSPP. I would not be able to be where I am today without the ample support I have been blessed with. SSPP not only instilled unwavering values in me, they also provided me with long-lasting friendships, and a desire to grow in my work as a photographer. As I think back to my days at SSPP that soon turned into years, I would encourage current students to cherish each moment that goes by, because before you know it, you will be graduating. SSPP has left me with something that nobody else could give, and something that will be a part of me for the rest of my life.” 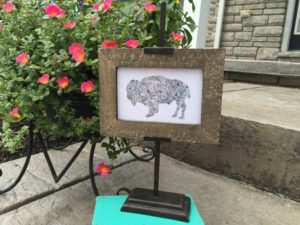 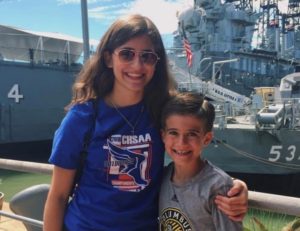 Anna with her brother, Joseph, who is currently in 4th grade at Saints Peter and Paul

Anna Luisi, a junior at Nardin Academy, went from student to small business owner during her time at Saints Peter and Paul.  Anna came to SSPP in 6th grade and by the time she graduated two years later, she was the owner of a small business called Zen Bflo.  Anna creates Buffalo inspired Zentangle pen and ink drawings which she then sells at local art and craft shows.  Anna feels that all of the teachers at SSPP prepared her for the academic challenges of high school. However, Mrs. McIntyre, her art teacher, introduced the idea of a small business and was her mentor in all aspects of creating Zen Bflo, both creative and practical.  When asked to describe SSPP in three words, Anna had this to say, “welcoming, community, supportive.” 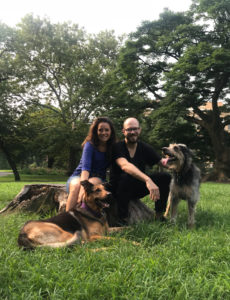 John and wife Mariana with dogs Bia and Luna

John on the basketball team @ SSPP

John Henninger brings the best of Buffalo food to NYC as owner of a chicken wing company, Dan and John’s Wings.  “Never in a million years” was John’s response to being asked if he ever envisioned himself as owner of a chicken wing company while a student at Saints Peter and Paul.   Although John left after 7th grade, his time as a student as SSPP, has had a profound impact on his life.  His description of the school in three words would impress, although not surprise, anyone who knows our beloved school well, “faith, community, and strength.”   There is a tie between Mrs. Jan Vogel and Mrs. Sandy Whistle for John’s favorite teachers.  He credits them both with teaching him kindness and acceptance at an early age.  John would offer to all current students this piece of advice, “family and friends are more important than screen time and television. Go outside, explore nature and pray whenever you can, God hears you. One day you’ll look back and understand there was a plan for you!”   And while John certainly did not expect to own a chicken wing company as part of God’s plan for him, it sounds to have worked out wonderfully. 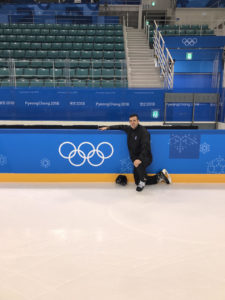 As a student at SSPP, Fraser McIntyre enjoyed participating in school plays, little did he know he would eventually be featured on the world stage as part of the 2018 Winter Olympics.  Fraser set a goal for himself after many years refereeing men’s hockey across the country, he wanted to referee the Olympics.   His goal was achieved this past winter when as travelled to Pyeongchang, South Korea as a Men’s Olympic Ice Hockey Linesman.

As a student as SSPP, Fraser’s favorite teacher was Sister Pat.  He admired her ability to engage all of her students.  He also loved her commitment to the school as a volleyball coach and her enthusiasm for playing sports at school picnics.

Fraser resides in Amherst with his wife and two children.  He works at Stalka Insurance Agency down the street from SSPP, but his true passions include spending time with family and time spent on the ice! 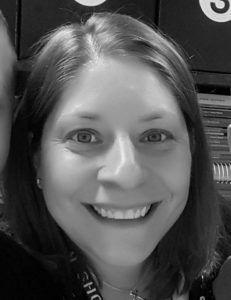 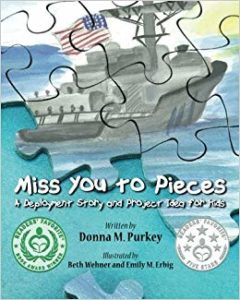 Donna Quagliana Purkey is a Navy wife (for more than ten years) and mother of two young children. She is also an author, educator, and motivational speaker. She wrote Miss You to Pieces in an effort to share her family’s unique and fun puzzle project idea and to provide comfort and encouragement to her readers whose parents are deployed.  She has traveled to 42 of the 50 states, as well as to Mexico, Spain, France, England, Morocco, and Gibraltar.  She lives in southeastern VA with her family.

You can purchase her book on Amazon: 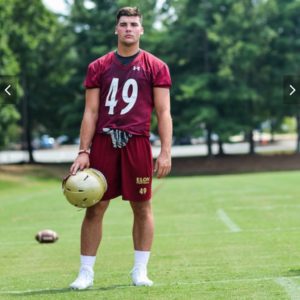 SSPP alum, Matthew Foster is entering his junior year at Elon University where he majors in engineering and minors in physics and starts as the tight end on the football team.

This past summer Matt stayed on campus to build an Optical Coherence Tomography Laser System which will be used for imaging and possibly treating skin and breast cancer.

Matt explained, “The benefits of this type of imaging is that you are able to see much smaller areas in much higher detail: 10 to 100 times better than an MRI scan.” In the future, Matt will be working to attach a therapeutic laser to the system for the minimal invasive treatment of cancerous cells.

For his inspiring work in the classroom and on the field, Matt has been nominated for an Academic All American Award.